Life as a Grad: Expectations versus Reality 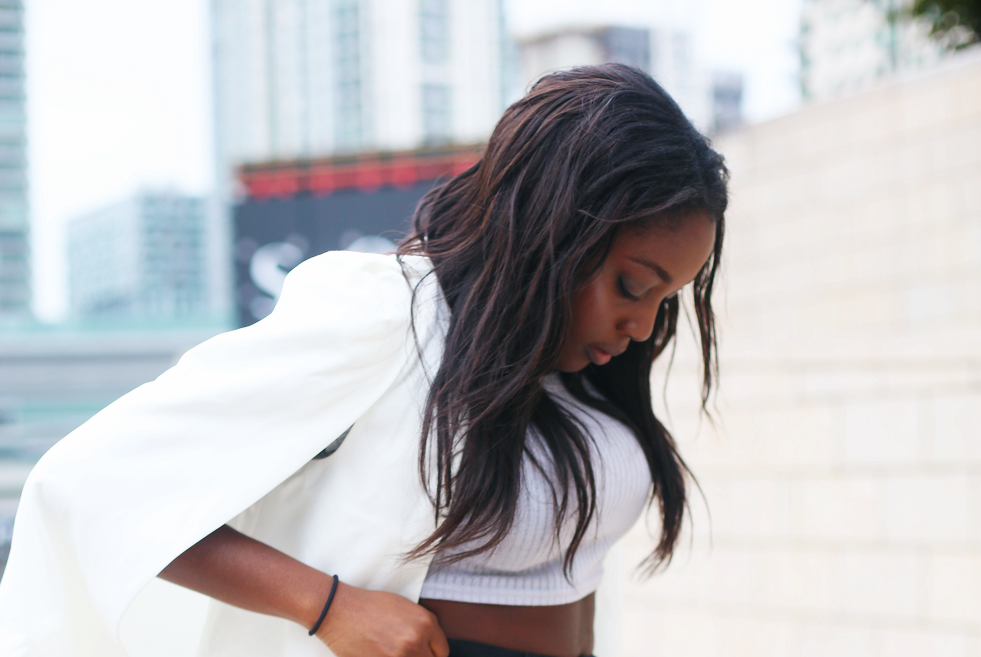 Someone once told me that life as a grad isn’t as hard as life in university. I believed them. Generally, life in university is pretty chill – until you get to exam period, then a black cloud hovers over the library (and your life) for a few months. I remember once working so hard for a Finance exam, and crying down the phone to my parents after failing every available past paper telling them I actually wasn’t sure if I was even capable of getting a 2.1 or above in that exam (which I miraculously pulled of in the end). So away from the general luxuries of uni (the social aspects, the 10 hour sleeps, the freedom), I thought nothing could ever come close to exam period. This ‘grad life’? It was going to be easy peasy.

When I first started working I was so excited to not be in my overdraft that I started splashing so much cash. I would spend tons of money every month buying loads of clothes I didn’t need, I would uber everywhere and almost all my meals were takeaways. I’m still having some problems with not relying on a constant uber (I’m so lazy sometimes…), however with everything else I have learned to curb my spending habits. Whilst I don’t believe in restricting myself that much when it comes to spending (I’m young, you gotta live sometimes), it definitely not a necessity of mine to spend, and spend, and spend. At the end of the day, I’m not a millionaire, I’m trying to save up for a house, and being wasteful is never a good long term idea.

Time for the turn up! …If you’re not too tired that is

I started university at my turn up peak, but whilst uni progressed this dwindled and dwindled. Three times a week became once a week, and sometimes once a fortnight. When I started work, this urge to have multiple night outs came back to me – after spending a whole week in an office, when Friday and/or Saturday rolled around I felt like I deserved to go out and was always itching for night out plans. I thought this was the new me – I had finally replenished my sheer love for a turn up. But as work progressed, its almost as if I deteriorated. Suddenly I was tired 24/7 and could barely get myself out of bed on a Friday unless it was to eat. These days, I literally have to force myself to go out out (unless it’s an event I’ve been looking forward to) instead of pulling out the “I’m too tired…” excuse.

Dinner & plans after work? Or Love Island and napping? Hmm…

I pictured myself leaving work on most days to attend the multiple dinner and drinks plans I’d have with my fellow graduates. But… that isn’t quite how things work out. First of all, my hours have ended up being way longer than I had planned, which means that most of the time – there isn’t even the time to make plans after work. I only tend to make plans after work if it’s been a genuinely quiet week and sometimes these plans still can’t be pursued. Also, what I came to realise is that I didn’t really always want to leave work to go and pursue multiple plans. For example, today I left work early, came home and ate ribs whilst watching the latest Keeping up With the Kardashians, then sat in my hoodie in bed for a good hour watching YouTube videos and laughing at Bella Hadid memes before deciding I needed to write this post before I got too tired. Not quite the glamorous post work fine-dining-prosseco-filled life I was expecting!

The beginning of the rest of your life…

We all had big aspirations when we were young, and one of my biggest aspirations has always been to start my own business. Whilst I see Skylish as my own little entrepreneurial project, I’m forever itching to take on more and more, despite my working hours. When I was younger, I was convinced I would open up my own financial advisory and become the ultimate, millionaire boss woman; however as I got older I learned to tap more and more into my creative side. I’m now 22 and continue to dabble in different ideas, and it has become evident that whilst this is something I will always pursue – now it’s actually time to put in the hard work outside of just saying it’s what I want to do! Saying you want to do something and actually doing it – sitting down and gulping once the reality of just how much work its going to take hits – are totally different things. Regardless, I’ll always remain motivated in this area, however my thoughts of just easily opening up my own financial advisory at the click of a finger and it being an instant success were definitely a fairytale – success is a lot harder than that!

How long does it take to become a pro at your job?

I sort of pictured myself answering ad hoc business calls at breakfast on Saturday mornings telling the caller on the other line that the market was down and that had caused their bonds had move 10 basis points wider, this would happen whilst others watched on and thought – gahd damn, she’s a business woman. The reality is, is that whilst I have learned a lot this year (and the learning curve is definitely steep) – boy is there so much more to know. It’s a year on now and I still am constantly typing “define:” onto Google and scribbling notes down in a now battered notebook that I forever have to refer back to if someone asks me a technical question assuming that I’ll know the answer off of the top of my head. So whilst I’m definitely not as clueless as I was when I started – I am for sure not the ‘pro’ I imagined I would be and have a long way to go before I get there. One thing that’s for sure is that I definitely don’t (and do not want to) spend Saturday morning discussing finance with clients and/or colleagues…

Your turn – is the graduate life exactly what you were expecting? Or is this a life that’s still ‘pending’?


10 Responses to "Life as a Grad: Expectations versus Reality"

Loved reading this post! Grad life is definitely different to what I imagined. I had some idea of what work life is like as I worked almost full time throughout my degree but I thought once I left uni, I’d definitely have a lot more money to spend on whatever I like. It didn’t work out that way and now I miss having student loans to fall back on – and an interest free overdraft haha!

Haha I definitely miss being a student – such simpler times!

Love love this – so interesting to hear your thoughts! x

Post grad life was what I expected. I work through out college and so there wasn’t any major change. only difference is getting a higher paying job and a deeper sense of responsibility.

This was such an interesting read for someone who is about to graduate! I can’t actually wait to graduate, I feel like I have had a sense of what the graduate life is like whilst I was on my placement year and I actually really enjoyed the 9 – 5 structured routine, much better than the “free” time at University. On Fridays, I work part-time 9 – 5 and it’s honestly my favourite day of the week just because of the structure haha! XD

Haha really, I like the structure but sometimes I miss the freedom of a non-working life. Although you always want what you don’t have, I’m sure I’d be unhappy rn if I wasn’t working!

Haha I really enjoyed reading this Kemi. Glad to read about your experiences so far! 🙂
Coco Bella Blog